Showing posts from March, 2010
Show all

iTunes 9.1 to check for iPod Software Update on Apr 3rd

When I just heard about iTunes having been updated to 9.1 I went ahead and installed it via Software Update on my iMac. When connecting my iPod Touch I was immediately curious about this: Is it just me, or do I see a very special date for the next update check of the iPod's software version? Usually this is set to be something like every two weeks. I cannot be sure if this is the same date as before the update, but I think this might be a hint of the iPhones and iPod Touches being updated along with the iPad release as well. Even when hitting the "Check for Update" button, the date does not change...
1 comment
Read more 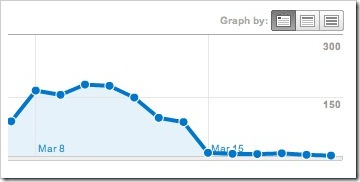 Last week I was happy to see that Blogger.com (where this blog is hosted) introduced a new template layout editor. While marked “beta” – or “ Blogger in Draft ” as they call it – I had thought about updating the layout of my site for quite some time, but never managed to sit down and do it. Now with this new editor, there seemed to be no reason not to go for a redesign. You can see the result – I did not go crazy with the layout, but I think it is a nice, refreshed variation of the previous style. I replaced the header image and went for a slightly different color scheme. Temporarily I had picked a more colorful background image, but after some feedback decided against keeping it; it was just too noisy. In general, I have to say the new editor is very nicely done and offers a very quick way to come to a reasonable design. However, there are some problems, too. Just to be clear: Even though I did not see any big-lettered warning signs in the new editor itself, by using the “Blogger in
1 comment
Read more

Finally, it is available for orders: The MySQL Admin Cookbook is the first book I have written and it is now ready for shipping. You can find more information about it at the publisher's website , including a free sample chapter! I have yet to receive my sample copy, however that should not keep you from going ahead early and ordering it, e. g. from amazon.de. For your convenience, here is a direct link: On Amazon you can also have a look at the index and a few pages of the first chapter. More international points of sale can be found on the publisher's website, as well.
3 comments
Read more

March 14, 2010
Finally: Not quite 65 million years in the making (Jurassic Park, hint, hint), but it took about 15 months to get my first book to the printer. A few days ago Udo – my co-author – and I approved the final version of the MySQL Admin Cookbook for publishing. From what I see the book has not been added consistently to the online book stores around the net, but I will most certainly put links on here, as soon as it is available. I think, before I begin the next one, at least a few months of relaxing are in order….
2 comments
Read more
More posts
Follow @dschneller
Tweets by dschneller