As a long time Windows user I still have some trouble finding my way around Mac OS X Leopard without resorting to the mouse all the time. I am a “keyboard person” and like to keep my hands right before me instead of constantly reaching for the mouse.

When I started to use Mac OS I believed it would simply be a matter of practice and learning some new key combinations until I could work as mouselessly as before.

Since August I have gotten much more fluent with the keyboard alone, but something that bothered me ever since was that not every button, tab, slider etc. could be focused with the TAB key or activated using some mnemonic – as is normal in virtually every Windows application, especially Microsoft’s own ones.

On the Mac the focus would only jump between various text controls and not to buttons and the like. I started to believe that the Apple idea of “keep things simple and define a default that’s good for 90% of the people” without a chance for the remaining 10% to have things their way was going a little too far here.

Only recently when I started using XCode to get my feet wet with Cocoa and Objective-C I looked for a way to quickly switch between my default German keyboard layout – which is sensible for writing Mails, letters etc. – and a UK/US English one – much easier to program with as all the square and curly brackets are located in a much easier way. On Windows I just hit the left Alt and Shift keys to toggle thru the list of active keyboard mappings.

Though the Mac’s System Preferences “International” applet I activated the “U.S. Extended” keyboard layout and defined Ctrl-Option-Space as the toggle. Only by change I clicked on the “Keyboard Shortcuts…” button: 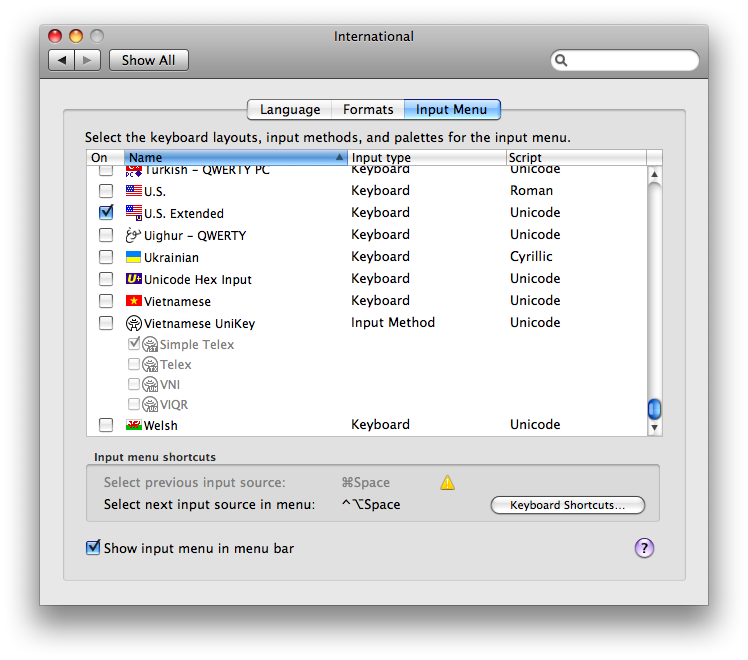 This opens the “Keyboard and Mouse” preferences: 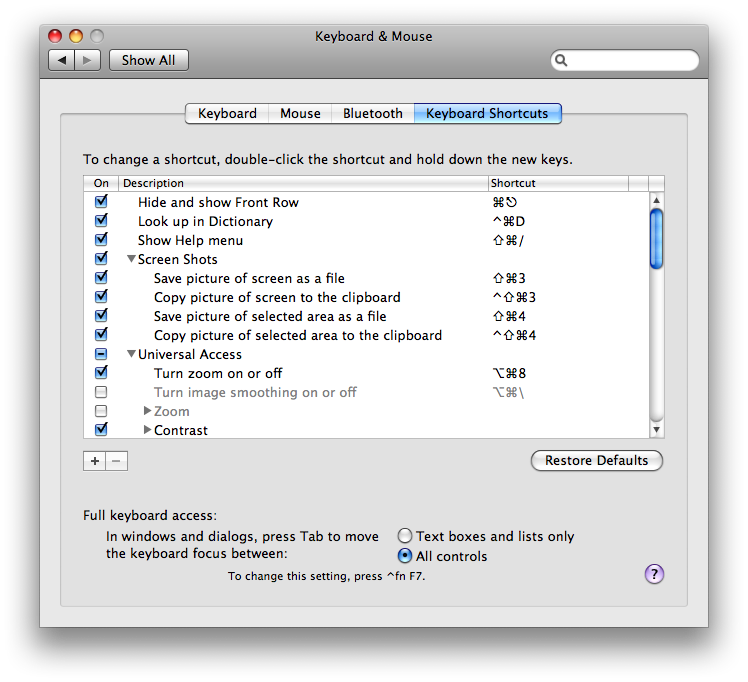 There – one the rightmost tab – sits the option I have been looking for: “Full keyboard access”. Switch to “All controls” and now I can readily reach all controls without having to get my fingers off the mouse. Guess it will still be some time until I am “as at home” in Mac OS as I was in Windows.

BTW: Does anybody know a shortcut ot get a new finder window? I know Apple-N when i'm already in Finder but how can i get a new Finder Window when i am in broser or photoshop, etc..

Anonymous said…
I recently came across your blog and have been reading along. I thought I would leave my first comment. I don't know what to say except that I have enjoyed reading. Nice blog. I will keep visiting this blog very often.