I have been a user of the iPod Touch from day one. With the iPhones being tied to unreasonably expensive mobile phone contracts it was never an option for me to buy one just for fun. But when the iPod Touch was announced I knew this was my device. I have been updating iOS whenever there was an update available, and usually I was pleased with what Apple had refined and added.

However, one thing has been bothering me for some time now, and I did not know if it was me getting older, or if really something had changed with the OS.

One of the main purposes the iPod has for me is listening to podcasts and audio books. With these I tend to almost enjoy my commutes. But also when doing chores around the house or at the gym my (now 4th gen) iPod Touch is a trusty companion.

Nevertheless, in recent times I got annoyed regularly when trying to pause playback and resume later from the lock screen. I am not sure if this was possible with the first versions of iOS - when it was still called iPhone OS - but it feels that this feature has been there forever: Double click the Home button when the lock screen is up, and you get playback controls in the upper third of the screen. This always worked perfectly for me, but in the past couple of months I have regularly hit the skip back or forward buttons by accident. When you are in the middle of a 3 hour podcast or a 12 hour audio book, jumping back to the beginning and having no idea how far exactly you had already got into it, this can be rather unnerving.

Getting old and clumsy?

I did not know what caused this. At first, I thought I was just a little more clumsy than usual, but this happened time and again. So finally I asked my book writing partner in crime Udo to please take a screenshot of the playback controls on his 2G model which still had iOS 3.1.3 on it. This is his screenshot: 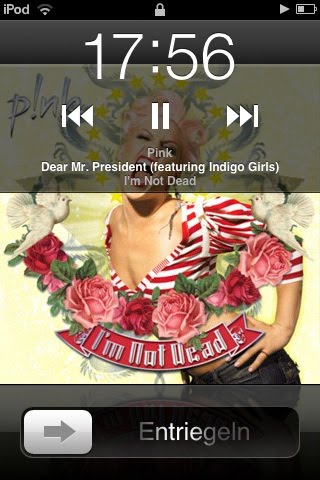 Looks normal, doesn’t it? But somehow different than 4.2.1: 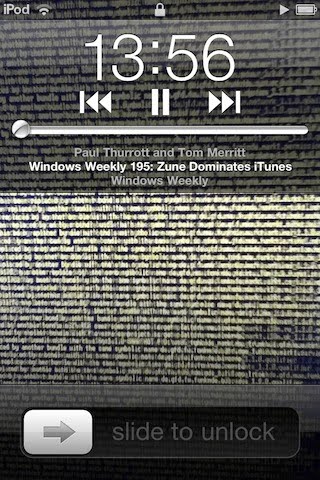 As is clearly visible in the direct comparison, the skip buttons have been moved much closer to the center button for play and pause, apparently to make room for additional controls, as can be seen here: 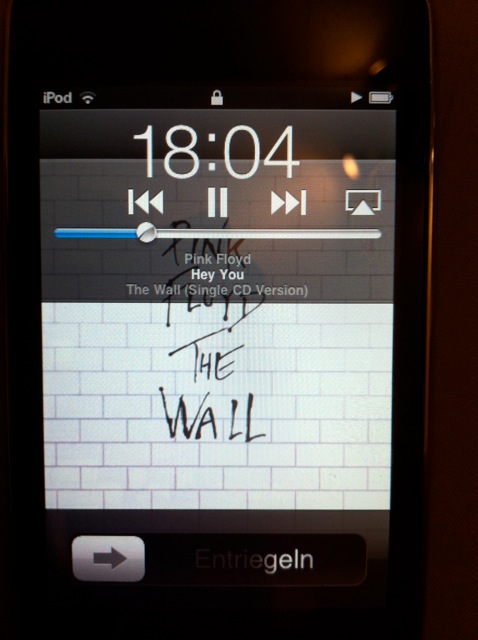 This seemingly minor change has proven to be a real pain in the neck for me. I have heard from other people complaining about their accidental hitting the skip buttons, too. In my opinion this is a classic case of feature creep: Over time more and more options get added to what was initially a well designed and carefully layed out design, effectively making it more feature rich, but also less usable. I am sure the people at Apple who designed this were aware of the implications, but probably they thought it was still just usable enough to do it this way instead of adding another row for the additional buttons.

So now I know it is not me somehow losing precision with my tapping on the screen, but an actual software change that works against me in this case.

There are other instances where adding new features to an already polished system adversely affects its ease of use and works against the proverbial magic like simplicity in handling Apple devices. One example would be the multi-tasking on recent iOS versions. Its quick task switcher is brought up by double-clicking the home button. This is a completely counterintuitive gesture in my opinion, not even mentioning the fine differences between switching and closing apps by “deleting” them from the switcher bar.

Another case of increasingly bad UI is the much criticized notification system. Originally it was just used for very few types of alerts and informational popups. Nowadays every app is free to push modal popups right in your face. When it was initially designed I am sure one of the key assumptions was that there would be a very limited number of these very disruptive alert boxes. Over time it became (ab)used for a lot more, which turned its simplicity from a strength to a weakness.

In my opinion Apple has to rethink a lot of aspects in iOS. When it first came out Steve Jobs said it was “at least 5 years ahead of the competition”. It is 2011 now, almost 4 years into iOS’ life, and Android, Windows Phone 7 and most recently webOS are coming on strong, running circles around iOS in some areas. While I am still not yet sold on my company Android phone I have to admit the platform has its strong points, and iOS could definitely use some of its features. However, I would rather not have them if Apple’s adding them to one of the next versions of their mobile OS meant they would be bolted on to the existing UI concepts without some serious rethinking.

email encryption service said…
With all the different applications they're putting into iOS, usability is suddenly forgotten in interface design.
Fri Mar 25, 08:00:00 AM GMT+1